I just want to tell you how much I enjoyed The Blue Place on several levels – first as entertainment and second as thinking material.

I’m a male and Aud reminds me of me. I was never superman, and I’m an old fellow now, but there were fifteen years when I was generally either the largest smart guy or the smartest large guy in the room. I had the confidence that comes from knowing I could probably prevail in whatever situation presented itself. That type of confidence is reflected very well in Aud, and it makes me curious about how you wrote it. Are you that confident in your physical prowess? Are you relying on personal knowledge or imagination or research? That may be a dumb question – were I to write it no doubt I would rely on all three. I guess what I’m asking (in a poor way) is if its possible, given the society in which we live and it’s level of violence, for women to actually have that type of confidence? I’ve seen it a couple of times, but constrained to an activity (I’m thinking of climbing; a woman who is very good on rock).

Anyway, Aud was very good, especially as a sort of gender-free persona. Embarrassing to say, but while she is confident she has approximately the same attachment to her emotional self as I did – she apparently bumps into bodies and then discovers she’s in love. I was thinking you should re-write the book and just change the pronouns a bit so that Aud was male; they could be a matched set – tho it might be hard to sell the idea to a publisher. When I read the book,I didn’t even think about Aud being lesbian, it just wasn’t relevant, even in the love scene. We have so many more similarities than differences; if that became common knowledge there might be some hope for the world.

One other thing: Who’s the model with the spread legs and the attitude on the cover? And who is she supposed to be? Nobody her age has enough confidence to be Aud. I thought the cover was a disservice to the book, tho I wouldn’t mind seeing the model take off the rest of her clothes. Which, I guess, is the point…

Yes, before MS I was god of the room. I was utterly convinced of my ability to handle any situation–physical, emotional, intellectual.

At a dinner party a few years ago, one of our guests was asking people to admit whether, on the playground, they’d been a bully or one of the bullied. “Which were you?” she asked. I laughed. “Neither,” I said. “I was Protector of the Weak.” I was always the one the girls came running to when some boy was hassling a girl or another boy. And I’d just march over and take care of it. I never had to hurt anyone. I just projected my serene confidence that I could. It worked for years, until one day when I was 22, and it didn’t. I ended up in hospital with a broken nose, cracked cheekbone, and concussion. The reason I got beaten was that, when it came down to it, I couldn’t bring myself to actually hit anyone. Oh, I could block their blows, and throw, but my mother’s childhood injunction–don’t hit! no blood!–was so powerful I couldn’t break it. (I talk about this on my ‘To the Best of Our Knowledge’ interview.)

That’s when I decided to learn self-defense. I got over my inhibitions. Now I could break every bone in an attacker’s body without a qualm. That is, if they were foolish enough to lie still and let me. Having MS means that if they ran, or even walked moderately fast, I’d never catch them. 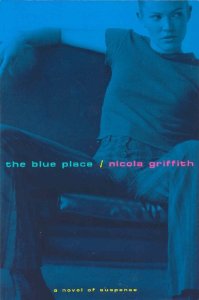 Posted on April 7, 2008 by Nicola Griffith in Uncategorized

2 thoughts on “god of the room”