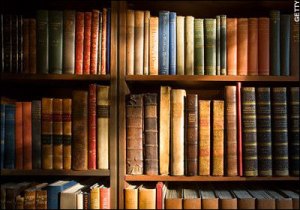 I am so very tired of now! now! now! initiatives. So is the literary editor of the Daily Telegraph:

Storytelling is under assault in schools, universities and from the internet, but the power of narrative shows no sign of waning, says Sam Leith

“Tell me a story.” It’s a plea that echoes through the ages: not only the ages of human civilisation, but the ages of man. As a child, tucked up and ready for bed.

As an adult, settling deep into a popcorn-scented cinema seat as the house lights go down. In old age, becalmed, combing your memories. Telling stories is as old a game as language itself.

So it’s odd – not to say alarming – to read reports that some people seem to think we’re on the verge of running out of narrative. A group of academics at Massachusetts Institute of Technology, in cahoots with some Hollywood moguls, have announced the opening of a “Center for Future Storytelling”.

“The idea as we move forward with 21st-century storytelling is to try to keep meaning alive,” explains its founder David Kirkpatrick. Baffling.

I don’t understand why people value the new over the good, the useful, the proven. Stories are necessary, integral to our humanity. We’ve been telling them and listening to them for millennia. There’s nothing wrong with our storytelling abilities (or our story-listening or reading or watching skills, either). And the tools, frankly, are fairly unimportant. Who cares if a novel is on paper or e-ink or iPhone? As long as you can turn the page in a timely fashion, it doesn’t matter. Yet MIT’s Media Lab has earmarked millions for an earnest quest for ‘Future Storytelling‘, to make storytelling ‘more interactive’.

To me this is a quixotic quest. Story–good story, story that works–is interactive.

I’ve written a whole rant about this (“You Have Been Warned”). But, basically, story triggers our mirror neurons, it puts us there; in reading we recreate a fictional character’s experience inside ourselves. We literally live the story. How can you get more interactive than that?

Posted on November 25, 2008 by Nicola Griffith in Uncategorized