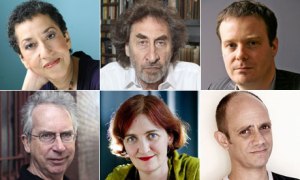 This year, I haven’t read any of them. The only one that I’ve paid any attention to (and that only in an If I see that at the library, must remember to pick it up kind of way) is Parrot and Olivier in America. The others, that is, the ones I know anything about, sound as though they would be rather claustrophobic and tense-making.

Posted on September 8, 2010 by Nicola Griffith in Uncategorized