“Cheesewire bikini exposed.” Nope, I don’t know what that means, either, but it’s one of the search terms people used this month to find this blog.

It’s been a year or so since I looked at what you use to get here, and all I can say is that you seem to have got weirder in the interim.

Let me share a handful of head-scratchers. I’ll skip all the ammonite-related ones because, well, I understand some of those and, besides, you’ve seen many of them before. (For some reason, often with swords.) But I’m not insensitive to all you snake-stone lovers. Here’s a pretty picture to make up for it. 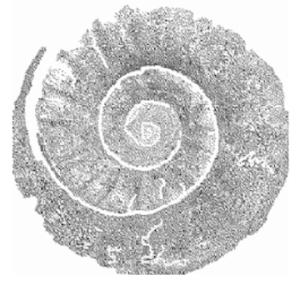 Okay, on with the show.

“What to do after you get drunk”
It turns out you can many of the same things as when you’re sober. Only not well. Yet somehow you won’t care.

“English cream cake”
I wouldn’t recommend this when drunk. Messy.

“history in historical fiction”
You would think so, wouldn’t you? But how to explain all those cod-medievals in which Our Travellers stop at a snug wayside inn, drink nutty ale, eat hearty and savoury stew, and flirt with saucy serving wenches. Historical accuracy would argue for: ale, sour and stale; stew, either bad or spiced to the edge of intolerability; server, missing teeth and with a nasty skin condition. Just saying. This is why historical fiction leans more towards fiction than history. At least the stuff that doesn’t make you want to stand under the shower for an hour.

“battle taunts”
…which no doubt made them grumpy and prone to quarrel. Battles and their taunts are, as you know, close to my heart. My favourite is still this one I adapted from a rugby chant last year:
Your sister’s your mother!
Your father’s your brother!
You fuck one another
now we’ll fuck you!

“despair of our own writers when heterosexual”
It must be tough to be a straight writer these days. No one gives you a lollipop.

“lesbian crucifixion”
But there’s no need to go around crucifying people, just because lesbians can win lammies and you can’t.

“he did chest compressions on her fanfic”
I need to go wash my brain.

“never had good sex.”
It’s the period that gets me about this search term. As though the seeker has already given up. Abandon hope, all ye who…

“science fiction disco”
…ah, but you still know how to party!

And on that note, I’ll stop. Time to get Hilding. (Though, wow, the sun just burst out, so perhaps I’ll have to get outside instead.) Tomorrow, with luck (depends on how much Hilding I get done today), I’ll be getting all ranty pajamas about clothes and clothes shopping. Oh, I have things to say!

Posted on October 31, 2010 by Nicola Griffith in Uncategorized