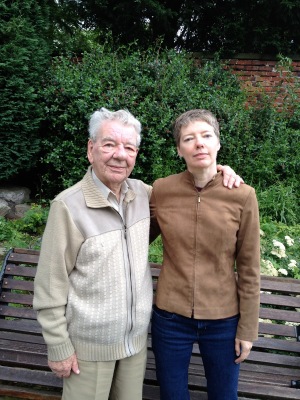 This photo was taken in the Canal Gardens at Roundhay Park a couple of weeks ago. I’m horribly jet-lagged but very pleased to be with my father again so soon after my February visit.

As Kelley said when she looked at the photo she’d taken, “Whoa, look at that genetic stamp!” I think we get more alike every year. I haven’t yet worked out how much I owe to my father, probably more than I realise. But I’ll be thinking about that now. 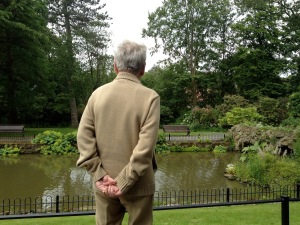 Posted on July 15, 2012 by Nicola Griffith in Uncategorized

9 thoughts on “Me and my father”