When women win literary awards for fiction it’s usually for writing from a male perspective and/or about men. The more prestigious the award, the more likely the subject of the narrative will be male. 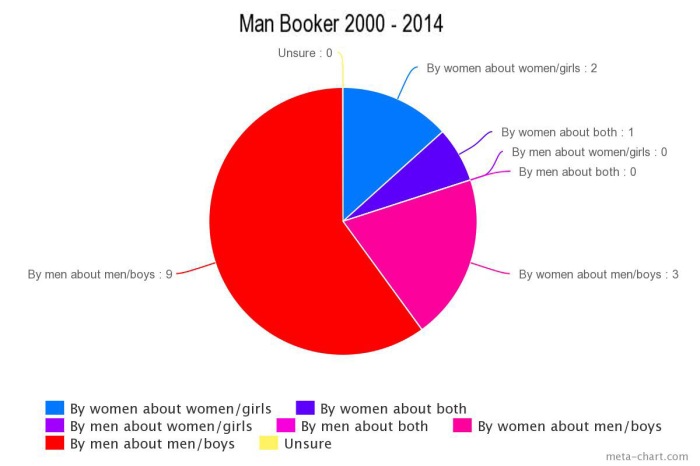 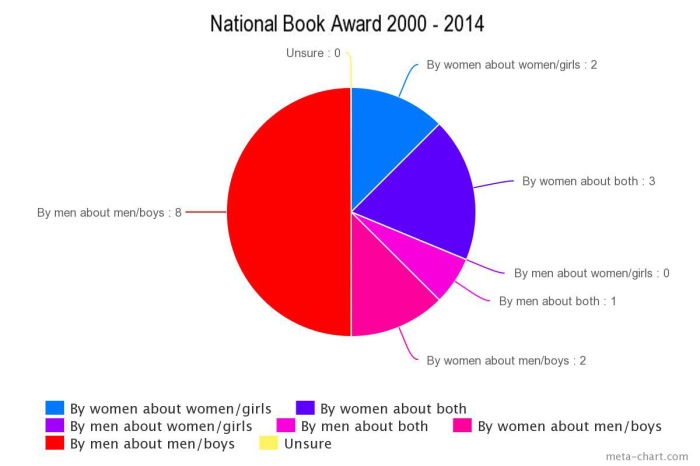 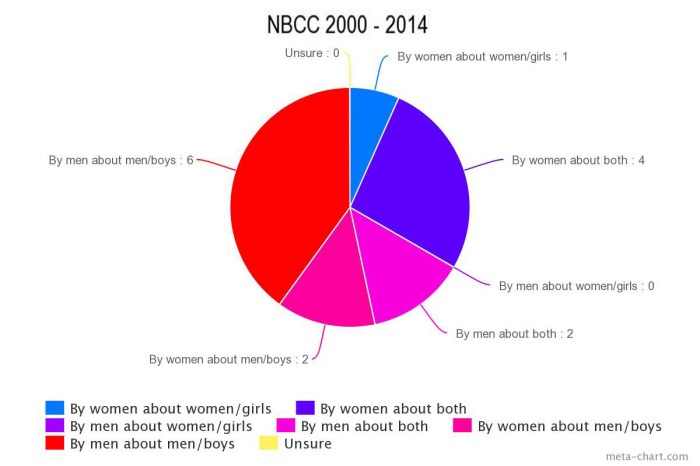 At the top of the prestige ladder, for the Pulitzer Prize women wrote zero out of 15 prize-winning books wholly from the point of view 2 of a woman or girl. Zero. For the prize that recognises “the most distinguished fiction by an American author,” not a single book-length work from a woman’s perspective or about a woman was considered worthy. Women aren’t interesting, this result says. Women don’t count.

At the bottom of the prestige ladder—judging by the abundance of articles complaining that YA isn’t fit fare for grownups—for the Newbery Medal, awarded to “the most distinguished contribution to American literature for children,” women wrote wholly from girls’ perspectives 5 times—and men wrote so 3 times. Girls, then, are interesting. Girls count.

It’s hard to escape the conclusion that, when it comes to literary prizes, the more prestigious, influential and financially remunerative the award, the less likely the winner is to write about grown women. Either this means that women writers are self-censoring, or those who judge literary worthiness find women frightening, distasteful, or boring. Certainly the results argue for women’s perspectives being considered uninteresting or unworthy. Women seem to have literary cooties.

The literary establishment doesn’t like books about women. Why? Is it connected to the Cartesian dualist mind/body divide in which women are viewed as very much on the body/bad side of the scale rather than the mind/good?

The answer matters. Women’s voices are not being heard. Women are more than half our culture, if half the adults in our culture have no voice, half the world’s experience is not being attended to, learnt from, or built upon. Humanity is only half what we could be.

Assuming the data say what I think they say, that women have literary cooties, why? And, more importantly, how do we get rid of them?

ETA: Some more statistics and a place to sign up to help count.

2 In either first or third person. ETA: I counted Strout’s Olive Kitteridge as Both because at least part of it is from a man’s POV.

Posted on May 26, 2015 by Nicola Griffith in Uncategorized