ETA: Updates—more fan art—will appear on the Hild Fan Art page so if you want to keep up, that’s the place to go.

I’m hard at work on Menewood, aka Hild II. So here are a bunch of cat pictures, that is, cats with Hild, followed by some Hild fan art. Some of these you will have seen before, some are new.

First, pictures sent by readers of their cats (and one dog) reading (ignoring/sleeping on/about to destroy) the book.

Bliss (who supervises Jo Booms) reads to the fish 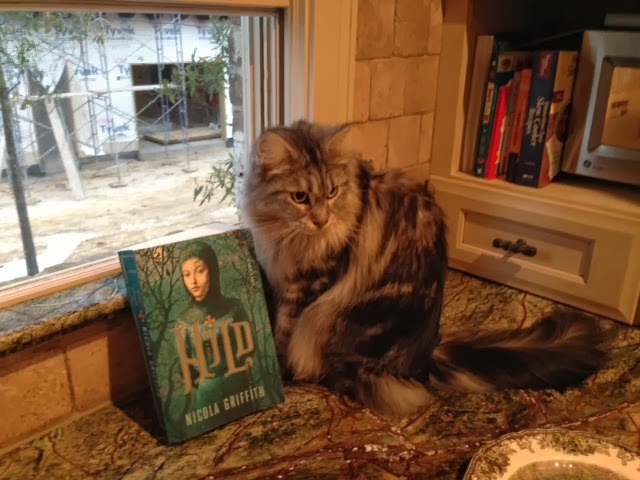 Hilda (who advises Pastor Pilgrim) communes with an ARC

Kevin dreams of being a gesith. 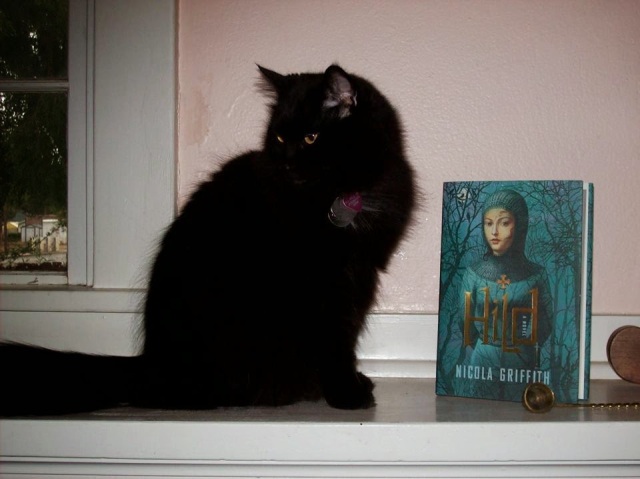 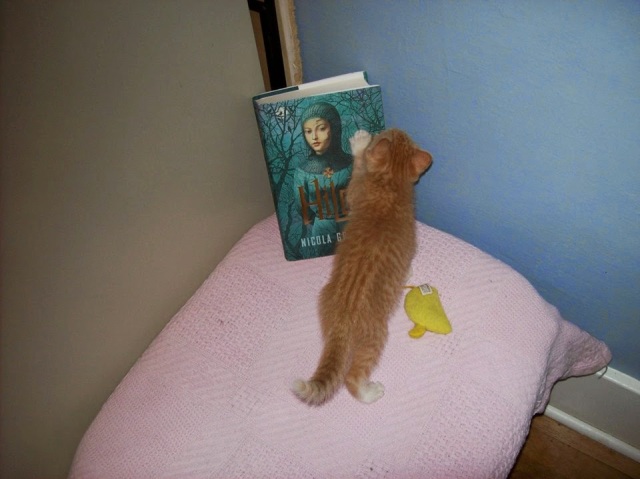 …and Wensleydale gets big enough to learn to read

Petunia will fight you for a book 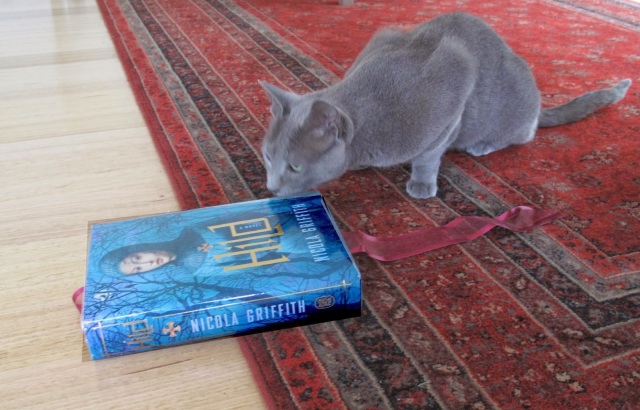 And now readers’ artistic imaginings of Hild and other characters. These first two are pictures of Hild by Justine. In the first, I imagine Hild’s just figuring out this staff thing.

And here she’s a bit older, a bit more at home with it. But clearly unhappy about something. Maybe she’s just seen what happened to the farming couple who hosted that family of bandits.

The second two are by Angelique, one drawn not long after a magnificent gift of wine while I was still writing Hild and neither of us knew where the story was heading or how much of Hild’s life I would cover. But we did know we’re both fans of Asterix the Gaul…

The second is after Angelique read the book and was complaining about some of the character names—and assigning different ones. (“Gwladus,” for example, became “Gladys.”)

And finally here’s a pic based on Hild, by Carolyn Raship, who is selling the painting on Etsy—with more than a quarter of the sale price going to Planned Parenthood. So go buy it.

If you have pictures you want to share do send them.

I’ve turned this post into a page so people can go look at updates anytime. Enjoy!

Posted on June 3, 2016 by Nicola Griffith in Uncategorized