Today is our double wedding anniversary. 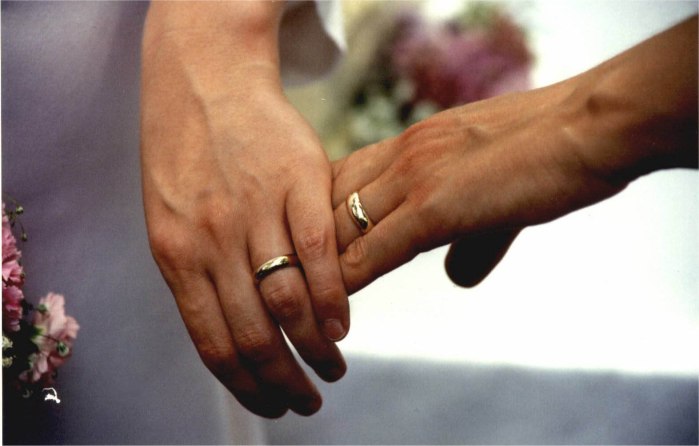 On September 4, 1993 we got married in our back yard in Atlanta surrounded by family and friends from various countries. It had no legal force, but great emotional power. We took it very seriously: we were the first same-sex couple to register at Macy’s the first to be announced in the Atlanta Journal-Constitution (and believe me, I have stories about both firsts). We thought it would be our only wedding.

Then, on the 25th anniversary of me and Kelley meeting, the Supreme Court of the United States struck down DOMA and same-sex marriage became real overnight.

Two months later, on September 4, 2013 we got married for the second and final time right here in Seattle. This time we had a judge.

Image description: Black and white photo of one white woman using two hands to enfold the hand of another. Both are wearing two gold bands on their ring finger; the outer rings are new and shining.

Posted on September 4, 2017 by Nicola Griffith in Uncategorized