When I was in Portland last month, Wendy Neathery-Wise gave me a brooch she had made. It’s a bronze and enamel replica of this Anglo-Saxon silver-gilt and garnet bird brooch found in Bekesbourne, Kent:

The original, now in a Cambridgeshire museum

It’s probably 7th century. And assuming it’s the same size as this one, unearthed on Stone Farm Bridleway during excavations for the Channel Tunnel in 2007, it’s small, 2.5 cm or so.

It’s difficult to date these things exactly. There’s a long tradition of Frankish jewellery designs spreading to Kent, and then back again, over the sixth and seventh centuries. The bird brooches—variously called eagles, birds, ravens—are clearly from the same tradition. 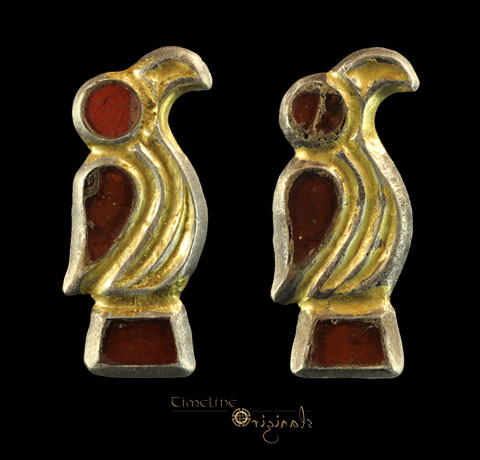 And this bird-shaped brooch in the Met collection: silver-gilt and garnet, small, and early/mid-6th C. I’m guessing they were used to pin clothes at the shoulder, but whether for women or men I couldn’t say. 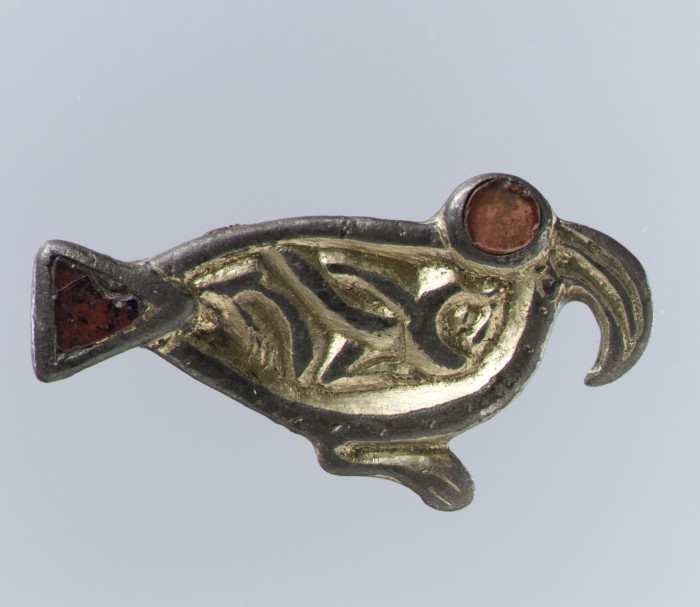 Then there’s this one, bronze and garnet with traces of gold and silver, described by the Cleveland Museum of Art as a Frankish eagle-shaped fibula : 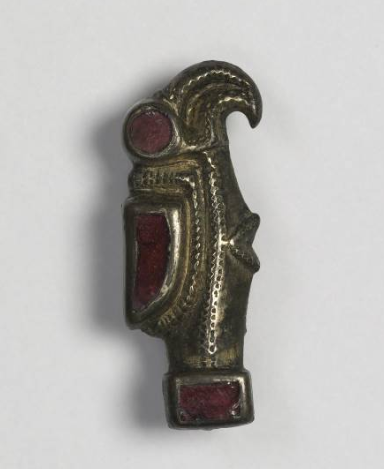 Wendy recreated the Bekesbourne brooch using the sand-casting method. This means carving a replica from wax. Filling a flask with sand and stamping out a mould with the wax. The melting bronze and pouring it into the mould. Then enamelling and so on. With her permission, I’ve lifted some of those photos for this post but if you want more detail you should go read her account. 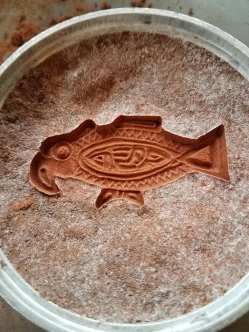 bronze poured into one flast 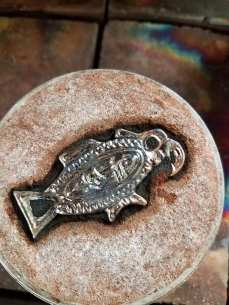 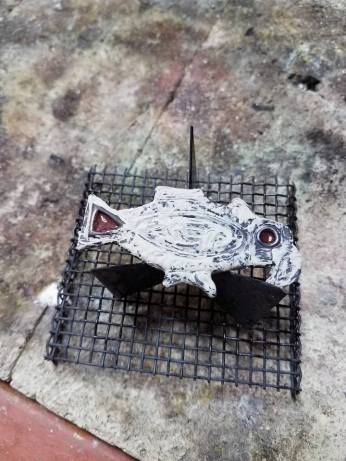 The Bekebourne brooch doesn’t have a back or pin, so Wendy took her best guess and soldered on a simple bronze pin.

And here’s the finished article, clutched in my greedy hand: 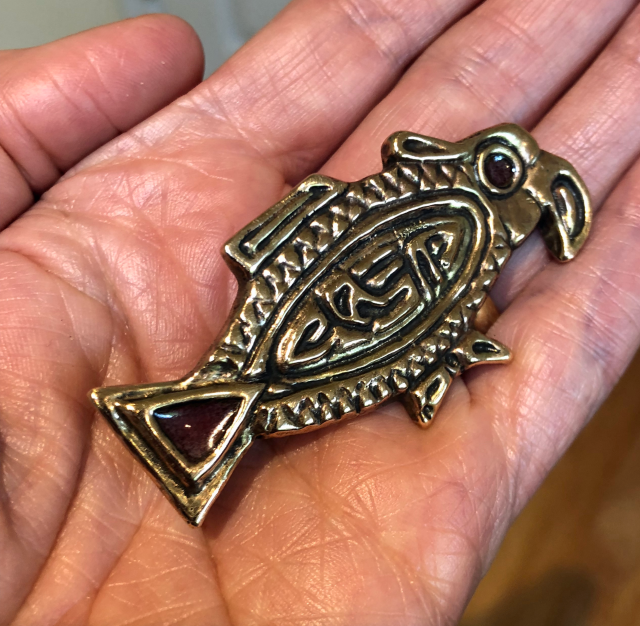 It’s a phenomenal piece of work. I don’t know if Wendy plans to sell them, but if she does, you should get one!

I now have not one but two bronze Anglo-Saxon replica brooches. The other is of the Beast of Bamburgh. I have a nifty seax, too. And the 2,000 year-old carnelians that inspired Hild’s beads.

What I long for are a 6th or 7th C Anglo-Saxon ring, or maybe a cross; a glass beaker; and a gold coin. Let me know if you happen to know of any for sale…

Posted on June 12, 2018 by Nicola Griffith in Uncategorized