My father died this morning. He was 93. We had the same hair, the same hands, the same temper. The same love of beer. The same competitiveness. In many other ways—most ways—we were quite different.

I’ll be going to the UK as soon as I can get a flight, which means that two of my upcoming appearances—at Elliott Bay Books with Sarah Schulman, and all the events at Orcas Island Book Festival—are cancelled. I’m hoping to get back in time for IONA in Vancouver but I’ll know more about that in a couple of days.

For now, here are two photos of me and Dad. One taken when I was about ten, the other 7 years ago.

Me and Dad on a walk somewhere in about 1971 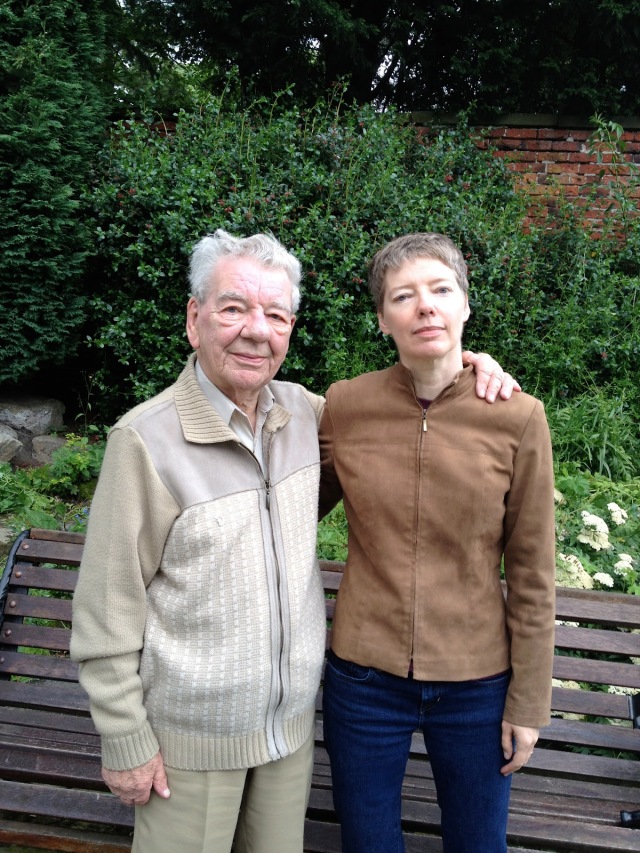 Posted on March 24, 2019 by Nicola Griffith in Uncategorized