Turns out I was wrong about the kittens’ age in my first post. They are now, apparently, 15 weeks old. And they are teething. Which mean they’re chewing everything. They chewed one belt loop off my favourite trousers. The blinds in the kitchen have had their pull cords cut. Someone gnawed through the tube on the blood pressure cuff—I can guess who. George is partial to anything with a tube or line: the blinds, the iPad charging cord, the strings holding the dangling ball on the scratching post. Charlie prefers corners: my old Kindle, the rug in the family room, the corner of a floor cushion. But either of them will go for anything. Even my Rollator has little chunks of hard foam gouged from the backrest. (They still are wary of the wheelchair, so at least that seems intact.)

They both have upper respiratory infections. Apparently this is typical (inevitable, basically) of rescue cats from shelters: you get them home, they get sick. But after two trips to the vet (and a third scheduled for next week), the vet says they’re essentially okay. The sneezing, apparently, could last for weeks. Oh, joy. (I’ve been woken up several times in the last week by being sneezed at directly in my ear.) Charlie is in a worse way, with a very sore throat that makes his breathing worryingly noisy. (And when he sleep—y’know, all the time—he snores like a drain. An astoundingly large noise for such a tiny thing.) But they’re both eating, sleeping, playing, purring, fighting, growing, learning. George is now beginning to look like a proper cat, if small, while Charlie is still more kitten-like.

Here are some more pics. 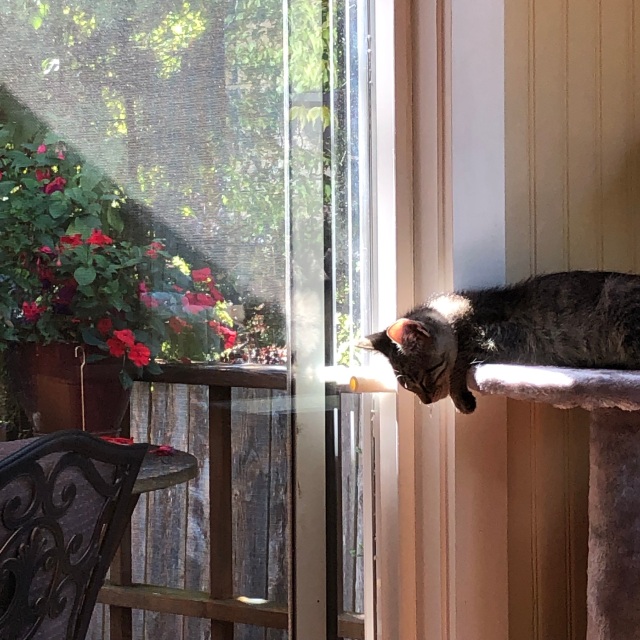 Charlie, hanging in the sun 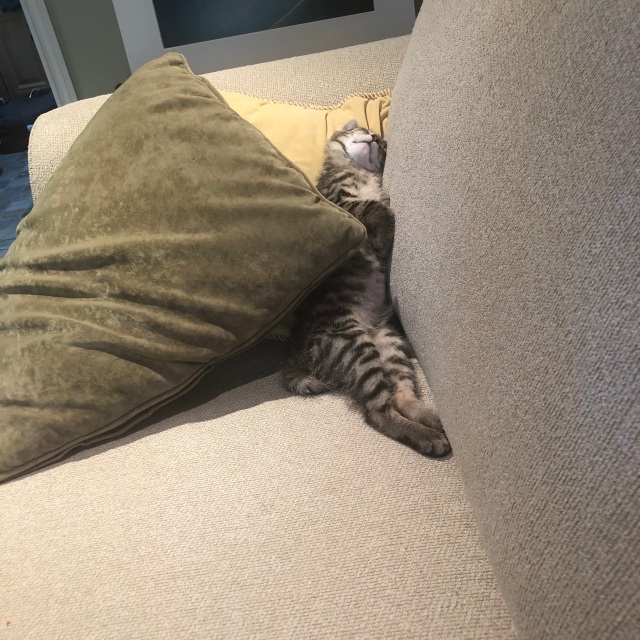 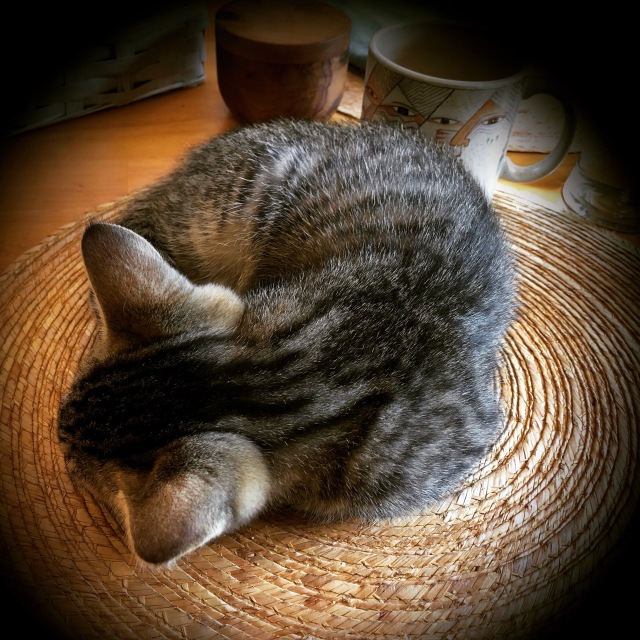 George on the breakfast table: kitty croissant or furry ammonite? 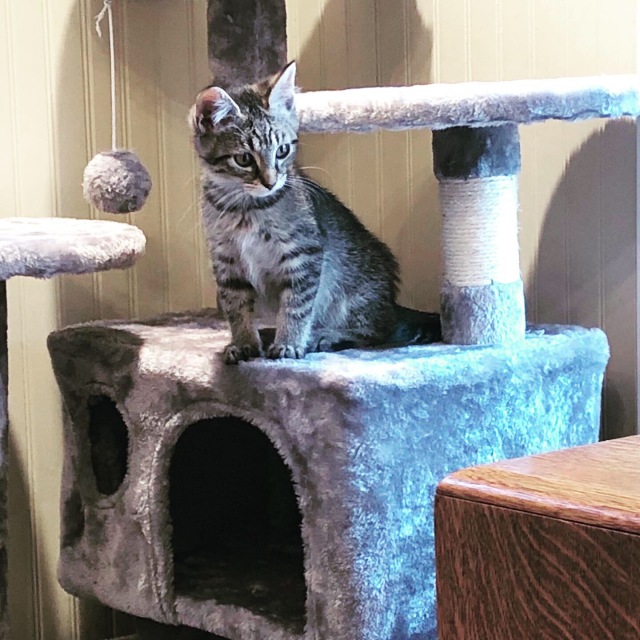 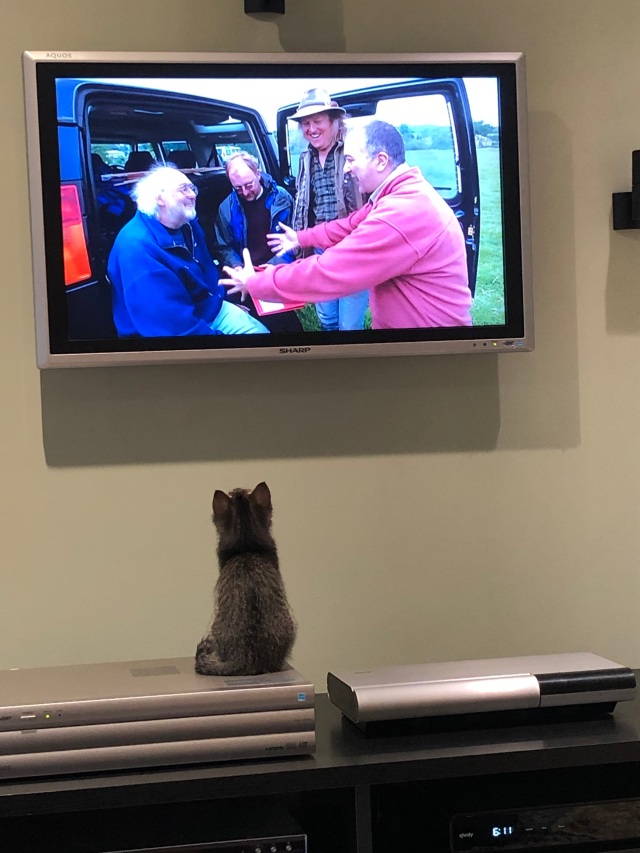 And of course new pictures, and video, are going up all the time on Instagram and Twitter.

Posted on August 30, 2019 by Nicola Griffith in Uncategorized