Like everyone else in Seattle (and half the world) I’ve been reduced to cutting my own hair. Here’s how it’s supposed to look—how it looked last October at the Washington State Book Awards. My hair needs are simple: cropped close, textured and tidy, and most definitely nowhere near to touching my face (I hate that; hate it.) I need to be able to shampoo, rub it dry with a towel, and leave the house.

I last had it cut professionally on February 7. By the time my next appointment came round in early March the salons here were still open but I cancelled my appointment. I was already in self-isolation because, y’know, pandemic—though people still weren’t calling it that then. By the last week of March the pandemic was official and my hair was insanely shaggy. I hadn’t cut it because a) cutting your own hair never goes well, and b) all I had was a pair of gigantic blue kitchen shears, which were pretty blunt. But needs must so, fuck it, I started hacking. I did it a bit at a time, and after a couple of days here’s what I had. I looked a bit…monkish. 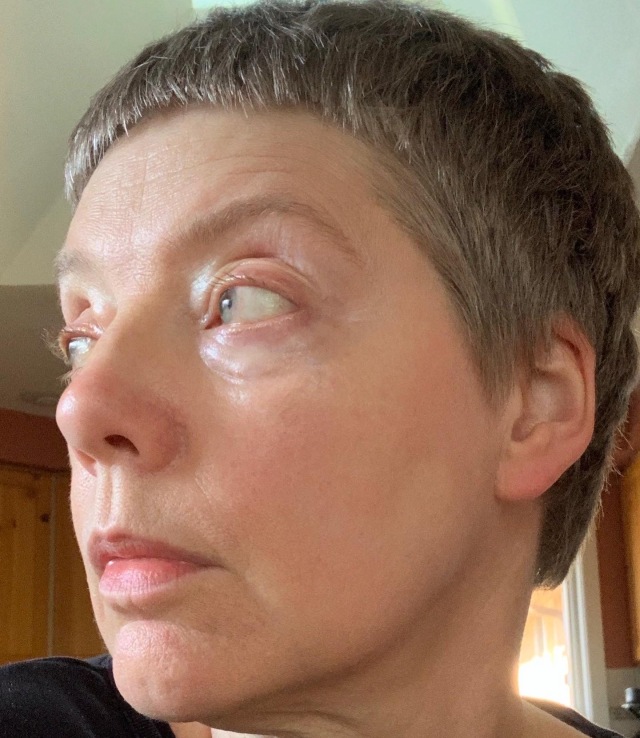 It was too smooth and uniform. So when it was time to cut it again a few days later (my hair grows fast) I had a go at random texture. For years I’d been watching Douglas Rosenow, my stylist, use shears and a razor to texture it. How hard could it be? Uh well… (Sorry, Douglas, for butchering your lovely hairstyle.) 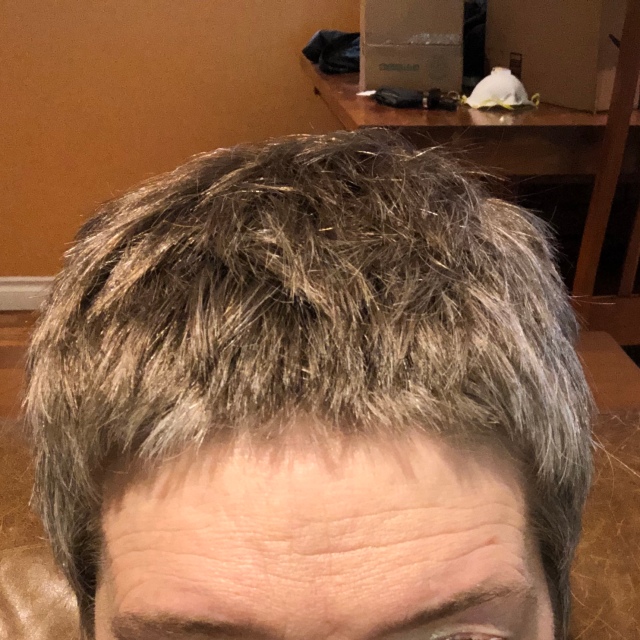 After a bit more work I got it to okay, and it stayed okay for a while but my hair, as hair tends to, kept growing. So every few days I’d just hack another bit off what I could see on the front, top, and sides. Mostly it wasn’t too bad; for Zoom calls I’d rub some hair clay in and it worked, mostly. But I was using a lot of clay, and the back was growing wild. So I bought some proper scissors, and—in case of disaster—some clippers.

And now my cutting became truly random: I couldn’t see what I was doing so I would just reach back with the scissors and snip anything in reach. Here’s recently-washed hair drying in the sun—from the front not too awful (not great, but not awful) but when you see the back and sides you can see how thick and full the bits I can’t reach are, and how messy the neck line is—particularly on the left. This is because the first time I reached back there I stabbed myself with the scissors and bled on stuff so I’m much more tentative now on that side. Also, look how grey I’m going on the right side at the back and temple. (Why just the right side? Who knows.) 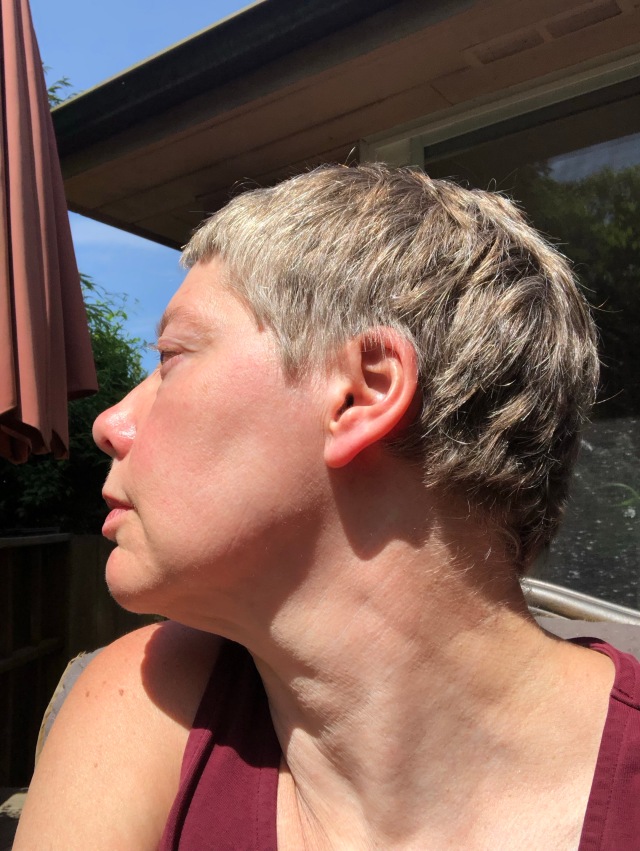 And here how it looks now—well, how it looked on Wednesday last week when I put the last bit of hair clay in, tidied it up as best I could, and did another video reading. The photo is a bit gauzy because it’s a still from a 720p video (I find 4k and even 1040p too unforgiving, so deliberately dial down the resolution). Also, I’m wearing a smidge of eyeliner and a necklace—which in the last few years is as close as I ever get to dressing up. For Extreme Formal add a jacket.

In this frozen moment of time with kind lighting (facing a window) I think it looks pretty okay, but it won’t last—in fact the perfect moment has already passed and the back is becoming truly unmanageable. Sometime soon I’ll be forced to take the plunge and resort to more drastic measures. What, exactly, and when are as yet unclear. I’ve charged the clippers and figured out how to attach the blade guards but I haven’t screwed myself to the sticking point. Not yet. Right now I’m acutely jealous of Kelley who started growing her hair out late last summer and whose only concession to pandemic fashion is to occasionally tie it back out of her face. Tuh. Not fair!

So how about you? How are your adventures in homemade hair?

Posted on May 24, 2020 by Nicola Griffith in Uncategorized

9 thoughts on “Adventures in homemade hair”