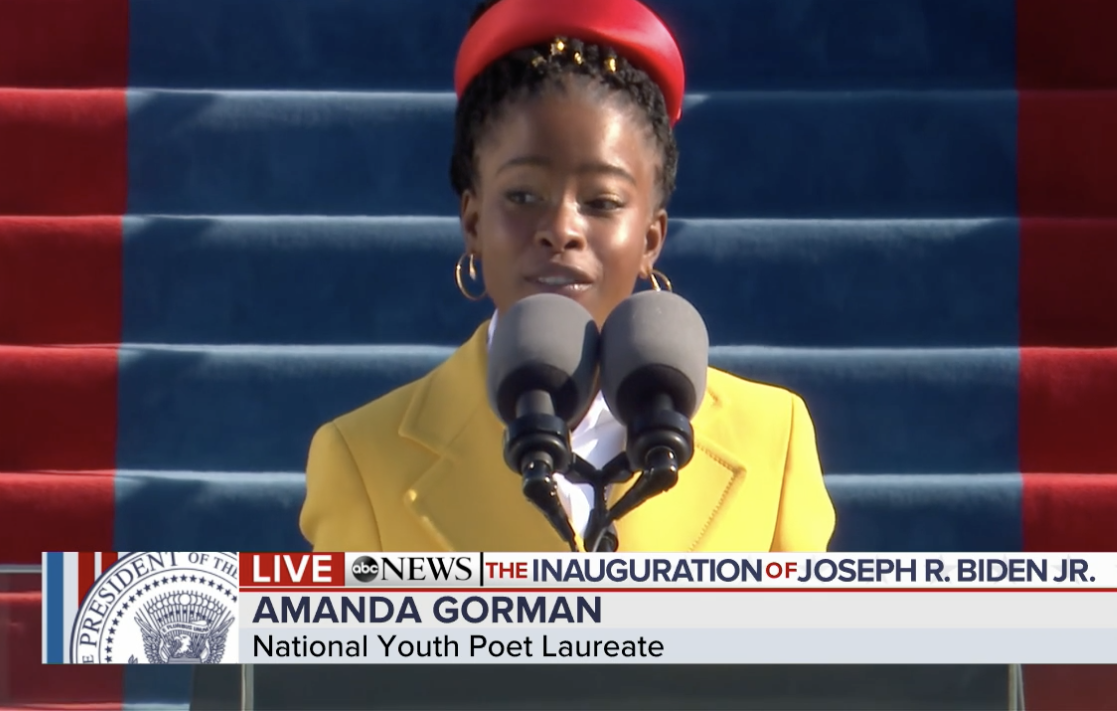 It’s a good feeling to be able to follow @POTUS again on Twitter and know sudden, shocking blood pressure spikes will not blow the top of my head off. (I have perfectly normal BP, except when I see a picture or hear the voice of Trump. It got so bad that I could longer listen to the radio in the car for dread of that voice suddenly catapulting me into rage.)

It’s a good feeling to be able to write a blog post whenever I want without having to worry the Secret Service might start taking an interest because I sound unhinged. (If I still lived in the UK I wouldn’t have worried about such things, but I spent so many years watching my Ps and Qs going through the US immigration process caution became ingrained.)

It’s a good feeling to watch the first Latina Supreme Court Justice administer the oath to a Black female Vice President. (It was difficult watching the last two justices get confirmed despite their clear unsuitability. Gorsuch isn’t exactly a prize, either, but not as blatantly vile as the other two.)

It’s a fantastic fucking feeling to see a Black woman become Vice President. It’s thrilling knowing she’s relatively young with a stellar path before her. I do sincerely hope—and if I prayed, I’d pray—that one day she gets the top job with the short oath. (The VP’s oath is the same one members of Congress and the Cabinet take, whereas the President gets their own, special, mandated-by-the-Constitution oath.)

It’s a heart-fillingly good feeling to see Joe Biden sworn in as the 46th President of the United States. It’s a relief to hear his speech about honour, decency, unity, and truth. For one brief moment I actually believed it might just be possible to start fixing some of the horrors of the past. I hope it is possible. But at the very least it makes a vast huge difference knowing that the people in charge are no longer malevolent narcissists aided and abetted by venal criminals.

It’s a profoundly gratifying feeling to see a young Black woman stand before the world, full of promise and joy and strength, and—like Greta Thunberg, like Emma González—speak intellectual and emotional truth with a moving and powerful voice. ETA: Even more gratifying that she has a speech impediment and credits her disability not as a problem but as the thing that made her the performer she is.

Posted on January 20, 2021 by Nicola Griffith in Uncategorized

7 thoughts on “A Good Feeling”