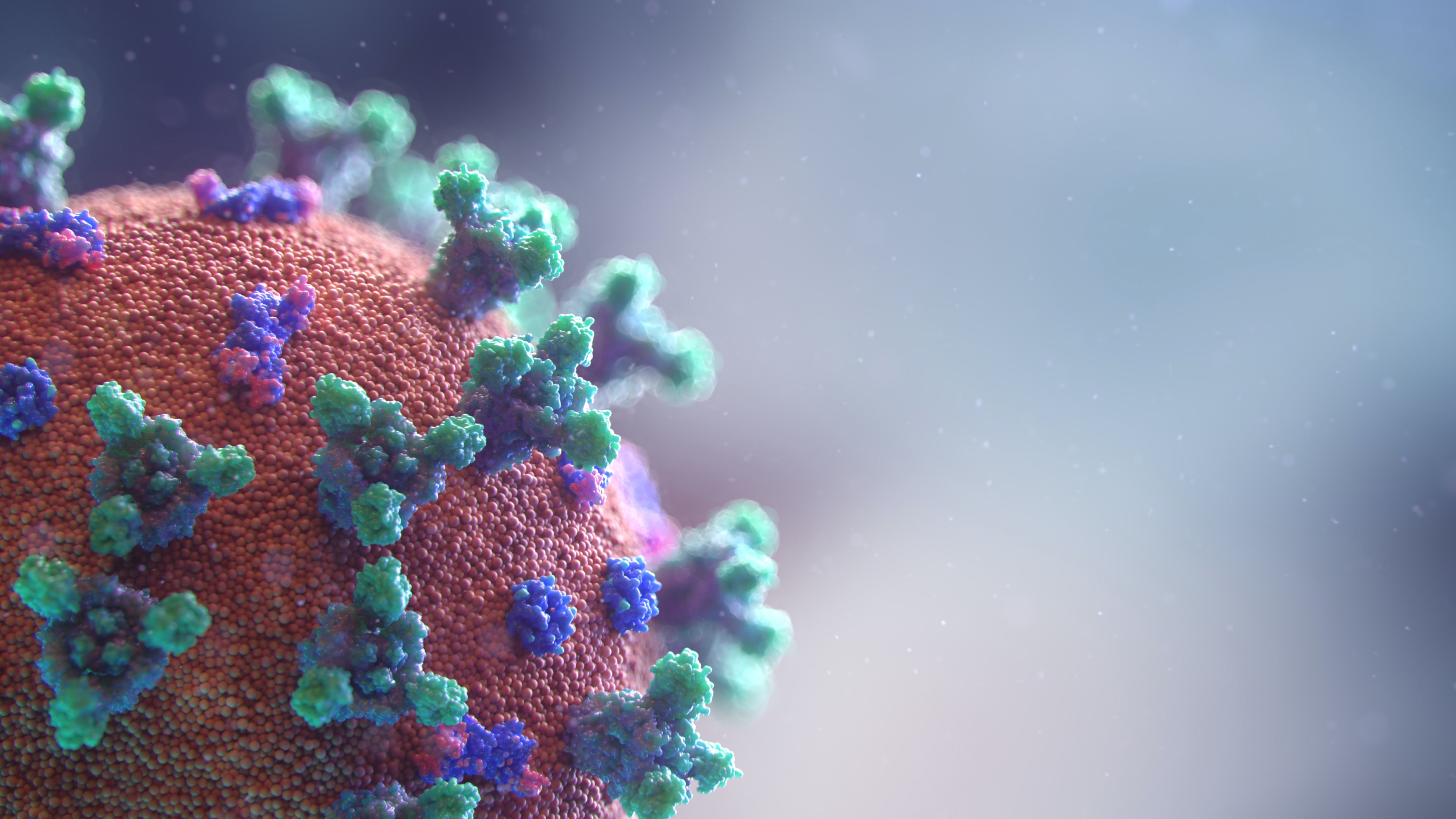 Two recent studies confirm that the Omicron variant of SARS-CoV-2 is very bad new in terms of infectiousness, ability to evade immunity, and resistance to existing therapies. In addition, although preliminary reports from South Africa suggested that infection with the Omicron variant could result in less severe illness than infection with the Delta variant, the UK data hints that there’s no significant difference in severity between the two (though the study is quick to list its caveats).

What follows is a look at those studies. But if you’re in a rush just skip to the summary and conclusions.

They suggest that the Omicron case rate is doubling every two days, with caveats:

“A total of 208,971 S+ and 15,063 S- cases with complete data were included in the SGTF analysis, and 142,340 Delta and 6,184 Omicron cases were included in the genotype analysis. Both analyses suggest rapid growth of the log odds frequency of the Omicron variant relative to Delta, with exponential growth rate estimates of 0.45/day (95%CI: 0.44-0.46) [1.5 day doubling time] and 0.43/day (95%CI: 0.42-0.44) [1.6 day doubling time] obtained from genotype and SGTF data, respectively. Given the frequency of Omicron exceeded 20% by the last time point examined, the exponential growth rate of frequency (as compared with log odds frequency) was estimated to be somewhat lower, at 0.34/day (95% CI: 0.33-0.35) [2.0 day doubling time] from both SGTF and genotype data, calculated using Poisson rather than logistic regression.”

I’m pretty sure this variant is doubling at least every two days. Recent wastewater data here in WA state—and this was 2 days ago—show 40% of virus is Omicron variant. Given doubling rate, I’d be shocked if today it were not easily the dominant strain—it’s just that the testing data hasn’t shown up yet.

They found that “Omicron was associated with a 5.41 (95% CI: 4.87-6.00) fold higher relative risk of reinfection compared with Delta.” And that, prior to Omicron, a cohort study of UK healthcare workers “estimated that SARS-CoV-2 infection gave 85% protection against reinfection over 6 months, or a relative risk of infection of 0.15 compared with those with no prior infection. Our hazard ratio estimate would suggest the relative risk of reinfection has risen to 0.81 [95%CI: 0.73-1.00] (i.e. remaining protection of 19% [95%CI: 0-27%]) against Omicron.” Also that their “estimates largely agree with those from UKHSA’s TNCC study and predictions from predicting VE from neutralising antibody titres (4,14), suggesting very limited remaining protection against symptomatic infection afforded by two doses of AZ, low protection afforded by two doses of Pfizer, but moderate to high (55-80%) protection in people boosted with an mRNA vaccine.”

In other words, a 2-dose vaccination regimen offered 19% protection against severe illness; prior infection offered 20% protection; but a two-dose vaccination followed by an mRNA booster gave at least 55% protection and perhaps as much as 80%. And here they’re talking about AstraZeneca and Pfizer; Moderna has been shown to more effective than either. This is relatively good news.

The bad news is that they “find no evidence (for both risk of hospitalisation attendance and symptom status) of Omicron having different severity from Delta,” though, as they point out, “data on hospitalisations are still very limited.” In other words, it’s early days yet. We’ll just have to keep waiting.

This study, posted on bioRxiv.org, largely agrees with everything ICL study suggests about lowered immunity but go into detail on the efficacy of monoclonal antibodies. With previous variants, when administered as early as possible after infection, monoclonal antibodies can stop many people from developing severe Covid. But the new study suggests that all of the therapies currently in use and most in development are much less effective against omicron, if they work at all.

In neutralisation studies with monoclonal antibodies, only one (Brii198 — which is a combination of amubarvimab and romlusevimab) maintained notable activity against omicron. However an update yesterday suggests that sotrovimab (Xevudy) still works (though, again, monoclonal antibodies not only have to be administered in a certain timeframe, their effects are, at best, modest).

The alarming thing noted by teh study was that there’s one small subset of Omicron that evades monoclonal antibodies completely—all of them: “Neutralization studies on B.1.1.529 pseudovirus showed that 18 of the 19 mAbs tested lost 109 neutralizing activity completely or partially (Fig. 2c and Extended Data Fig. 3). The potency of 110 class 1 and class 2 RBD mAbs all dropped by >100-fold, as did the more potent mAbs in RBD 111 class 3 (REGN10987, COV2-2130, and 2-7). The activity of S309 declined modestly, whereas 112 Brii-198 was spared. All mAbs in RBD class 4 lost neutralization potency against B.1.1.529 by at least 10-fold, as did mAb directed to the antigenic supersite26 (4-18) or the alternate site23 113 (5-7) on 114 NTD. Strikingly, all four combination mAb drugs in clinical use lost substantial activity against 115 B.1.1.529, likely abolishing or impairing their efficacy in patients. 116 Approximately 10% of the B.1.1.529 viruses in GISAID1 117 also contain an additional RBD mutation, R346K, which is the defining mutation for the Mu (B.1.621) variant27 118 . We therefore constructed 119 another pseudovirus (B.1.1.529+R346K) containing this mutation for additional testing using the 120 same panel of mAbs (Fig. 2d). The overall findings resembled those already shown in Fig. 2c, 121 with the exception that the neutralizing activities of S309 and Brii198 were further diminished or 122 abolished. In fact, the entire panel of antibodies was essentially rendered inactive against this 123 minor form of the Omicron variant.”

The good news, though, is that I can’t see any reason for oral antiviral therapies, whose mode of action has nothing to do with the mutations on Omicron’s spike that help it evade antibodies, to be less effective against Omicron than against any other strain of SARS-CoV-2. Pfizer’s Paxlovid (nirmatrelvir and ritonavir tablets—not yet approved by the FDA) has been shown to reduce risk of hospitalisation or death by 88%. Lagrevio (molnupiravir tablets—already approved) should also maintain its efficacy—though as that was only about 30%, it’s usefulness is modest.

Get vaccinated, get boosted, cancel travel-or-party plans, and wear a mask (KN95 or N95). Maintain social distance at all times, masked or not, and, until we have more data on disease severity, do not mingle indoors with anyone not a member of your household. Buy at least two rapid Covid tests from your local pharmacy plus a pulse-oximeter. If you feel sick—and Omicron symptoms look like a cold to start with (headache, runny nose, sore throat rather than fever and loss of smell)—test yourself then talk to your doctor. Hope the FDA okays Paxlovid very, very soon and that supplies can meet demand. There’s going to be a lot of demand.

Posted on December 18, 2021 by Nicola Griffith in Uncategorized